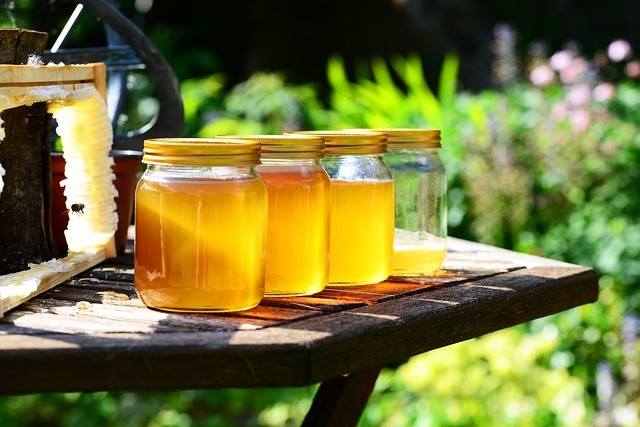 Most agree this season has been tough one for hay fever. Antihistamines, sinus medications and even steroids have flown out pharmacy doors. But there is a better, natural way to control the symptoms of hay fever without the expense and side effects of synthetic medications.

In fact there are at least five of them! Give these remedies a whirl:

Apple cider vinegar
We’re not quite sure how ACV works to reduce hay fever symptoms and there isn’t much scientific research to support it, however anecdotal evidence suggests hay fever is just one of the long list of complaints that ACV has relieved. What we do know is that ACV works to improve immunity and reduce inflammation which more than likely play a role in reducing the effects of hay fever. Proponents suggest taking one teaspoon of ACV in a glass of water three times a day to relieve allergy symptoms, but always speak to your doctor before taking ACV as it can interact with certain medications and medical conditions.

Honey
Not just any ordinary honey, but local honey sourced from bees that collect pollen from plants near you. Local honey taken daily will help you build an immunity to pollen allergens and reduce the effects of hay fever during allergy season. You’ll need to start at least 3-4 months before the season though to give your body enough time to adjust.

Ginger
Ginger is a natural antihistamine and also decongestant which is great news for those who suffer from clogged sinuses during allergy season. Take natural ginger steeped in hot water with a teaspoon of local honey to make a delicious tea to soothe allergy symptoms.

Beeswax
A popular strategy to help prevent hay fever is to line the nostrils and lips with beeswax to catch the pollen before it enters your system and causes irritation to your sinuses and throat. Bee Loved’s beeswax Lip Balm is a natural and inexpensive option that helps prevent hay fever before it takes hold!

Chamomile
Chamomile is a wonderfully calming herb and is widely used to reduce redness and inflammation. That’s why we use chamomile in our Face Cream, a welcome salve for red, dry and sore lips and nose irritated by sneezing and seemingly endless tissues!

It’s also worth keeping an eye on the ingredients in your skincare products and household cleaning agents. A chemical known as triclosan, found in soap, cleansers and antibacterial cleaning products, was found to increase the likelihood of allergies and hay fever in people aged 18 and younger who had a certain level of exposure to it. Always check the label on your skincare and cleaning products; choose natural and go green not only for the environment but for a hay fever rescue!

Psoriasis is a chronic, incurable but highly treatable autoimmune disease…

Cold weather brings a fresh set of challenges for hands,…

How aloe works on the skin

At this time of the year sun sense is at…

ENTER YOUR EMAIL AND GET

Be the first to know about our exclusive items, New catalogs and special promotions.